The Quill-Work girl and her seven brothers

The Quill-Work girl and her seven brothers 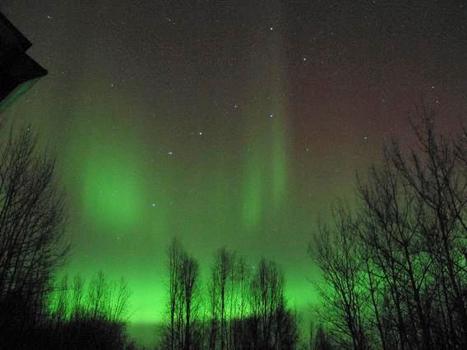 Hundreds of years ago there was a girl who was very  good  at  quill  work,   so
good that she was the best among all the tribes everywhere.   Her  designs  were
radiant with color, and she could decorate anything clothing, pouches,  quivers,
even tipi's. One day this girl sat down in  her  parents'  lodge  and  began  to
make a man's outfit of white  buckskin  --  war  shirt,   leggings,   moccasins,
gauntlets, everything. It took  her  weeks  to  embroider  them  with  exquisite
quill work and fringes of buffalo hair marvelous to look at. Though  her  mother
said nothing, she wondered. The girl had no  brothers,   nor  was  a  young  man
courting her, so why was she making a man's outfit?

As if life wasn't strange enough, no sooner had she finished  the  first  outfit
than she began working on a second, then on a third. She worked all  year  until
she had made and decorated seven complete sets of men's  clothes,   the  last  a
very small one. The mother just watched and kept wondering. At  last  after  the
girl had finished the seventh outfit, she  spoke  to  her  mother.   "Someplace,
many days' walk from here, lives seven brothers," she said.   "Someday  all  the
world will admire them. Since I am an only child, I want to  take  them  for  my
brothers, and these clothes are for them." "It  is  well,   my  daughter, "  her
mother said. "I will go with you."

"This is too far for you to walk," said the girl.

"Then I will go part of the way," said her mother.

"And you seem to know all about these  seven  young  men  and  what  makes  them
stand out from ordinary humans."

Thus they walked, the girl seeming sure of herself. At  last  the  mother  said,
"This is as far as I can go." They divided the dogs, the girl  keeping  two  for
her journey, and took leave of each other. Then the  mother  headed  south  back
to her village and her husband, while her daughter continued  walking  into  the
north.

At that a small boy about ten years old  came  out  of  the  tipi.   "I  am  the
youngest of seven brothers," he told the girl.   "The  others  are  out  hunting
buffalo, but they'll come back after a while. I have been  expecting  you.   But
you'll be a surprise to my brothers, because they don't have  my  special  gifts
of `No Touch'."

"What is the gift of no touch?" asked the girl.

The girl gave the boy the smallest  outfit,   which  fitted  him  perfectly  and
delighted him with its beautiful quill work.

Inside the tipi were seven beds of willow sticks and sage.   The  girl  unpacked
her bundles and put a war shirt, a pair of leggings, a pair of  moccasins,   and
a pair of gauntlets upon each of the older brothers' beds.   Then  she  gathered
wood and built a fire. From her packs she took dried meat, choke cherries,   and
kidney fat, and cooked a meal for eight.

Toward evening just as the meal was ready,   the  six  older  brothers  appeared
laden with buffalo meat. The little boy  ran  outside  the  lodge  and  capered,
kicking his heels and jumping up and down,  showing  off  his  quilled  buckskin
outfit.

"We have a new sister," said the child. "She's  waiting  inside,   and  she  has
clothes for you too. She does the most wonderful quill work in the  world.   And
she's beautiful herself!"

The brothers greeted the girl joyfully. They were  struck  with  wonder  at  the
white buckskin outfits she had brought as gifts for them. They were as  glad  to
have a sister to care for as she was to have brothers to cook and  make  clothes
for. Thus they lived happily.

One day after the  older  brothers  had  gone  out  to  hunt,   a  light-colored
buffalo- calf appeared at the tipi and  scratched  and  knocked  with  his  hoof
against the entrance flap. The boy  came  out  and  asked  it  what  it  wanted.

"Oh well, then somebody bigger than I will come," said  the  calf  and  ran  off
jumping and kicking its heels.

The next day when the boy and the sister  were  alone  again,   a  young  heifer
arrived,  lowing  and  snorting,   rattling  the  entrance  flap  of  the  tipi.

"I am sent by the buffalo nation," said the heifer.   "We  want  your  beautiful
sister for ourselves."

"Then somebody bigger than I will come," said the heifer,   galloping  off  like
the calf before her.

"Somebody very big will come after me," said the buffalo  cow,   "and  he  won't
come alone. He'll kill you if you don't  give  him  your  sister. "  With  these
words the cow trotted off.

On the fourth day the older brothers stayed  home  to  protect  the  girl.   The
earth began to tremble a little, then to rock and heave. At  last  appeared  the
most gigantic buffalo bull in the world, much  larger  than  any  you  see  now.
Behind him came the whole buffalo nation, making the earth shudder.  Pawing  the
ground, the huge  bull  snorted  and  bellowed  like  thunder.   The  six  older
brothers, peering out through the entrance hole, were  very  much  afraid,   but
the little boy stepped boldly outside. "Big, oversized buffalo  bull,   what  do
you want from us?" he asked.

The boy called for his sister and older brothers to come out.  Terrified,   they
did so.

"Quick, brother, use your special medicine!" the six  older  brothers  cried  to
the youngest.

"I am using it," said he. "Now all of you, catch hold of the  branches  of  this
tree. Hurry!" He pointed to a tree growing by the tipi. The  girl  and  the  six
brothers jumped up into its branches. The boy took his bow and swiftly  shot  an
arrow into the tree's trunk, then clasped the trunk tightly  himself.   At  once
the tree started to grow, shooting up into the sky in no time at  all.   It  all
happened much, much quicker than it can be told.

The brothers and the girl were lifted up in the tree  branches,   out  of  reach
of the buffalo. They watched the herd of angry animals  grunting  and  snorting,
milling around the tree far below.

"I'll chop the tree down with my horns!" roared the giant buffalo.   He  charged
the tree, which shook like a willow and swayed back and forth.   Trying  not  to
fall off, the girl and the brothers clutched the branches.   The  big  bull  had
gouged a large piece of wood from the trunk.

The giant buffalo bull made his second charge.  Again  his  horns  stabbed  into
the tree and splintered wood far and wide. The gash  in  the  trunk  had  become
larger.

A third time the bull charged, rocking the tree, making it  sway  from  side  to
side so that the brothers and the girl almost tumbled  out  of  their  branches.
They cried to the boy to save them. The child  shot  a  fourth  arrow  into  the
tree, which rose again so that the seven young  men  and  the  girl  disappeared
into the clouds. The gash in  the  tree  trunk  had  become  dangerously  large.

"When that bull charges again, he will  shatter  this  tree, "  said  the  girl.
"Little brother, help us!"

Just as the bull charged for the fourth time, the child loosed  a  single  arrow
he had left, and the tree rose above the clouds.

At once the seven brothers and the girl were  bathed  in  radiant  light.   They
formed themselves into what the white men call the  Big  Dipper.   You  can  see
them there now. The brightest star is the beautiful girl,  who  is  filling  the
sky with glimmering quill work, and the star twinkling at the very  end  of  the
Dipper's handle is the little boy. Can you see him?